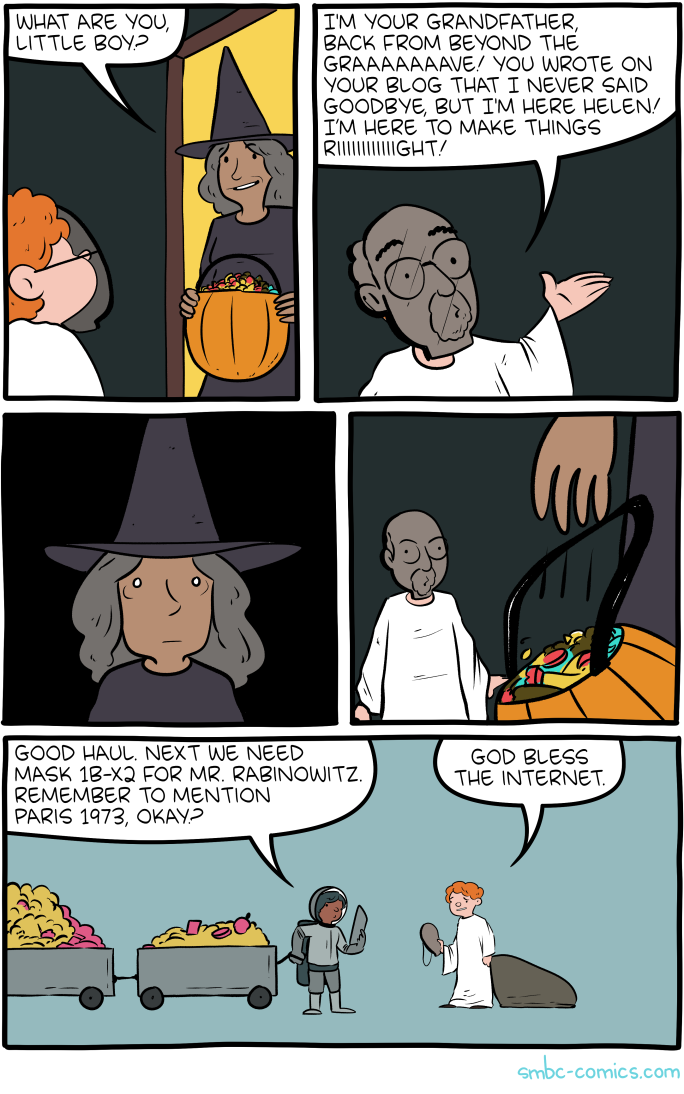 Hovertext:
All you have to do to make adults cry is state a date and location where they were more than 30 years ago.

jonson
reply
Hi, I’m Gail – mum of two and Scottish parenting and lifestyle blogger based in Edinburgh.
Reviews, mental health, guest posts and fantastic females are just a small part of what Mumforce is. We are more than just a mum –
visit us: https://www.mumforce.co.uk
uk

"All you have to do to make adults cry is state a date and location where they were more than 30 years ago."
Washington, District of Columbia

How much more terrifying could the murderbots be? Waymo. by jwz
Tuesday October 19th, 2021 at 8:36 AM

The visitors don't just come at night. They come all day, right to the end of 15th Avenue, where there's nothing else to do but make some kind of multi-point turn and head out the way they came in. Not long after that car is gone, there will be another, which will make the same turn and leave, before another car shows up and does the exact same thing. And while there are some pauses, it never really stops.

"There are some days where it can be up to 50," King says of the Waymo count. "It's literally every five minutes. And we're all working from home, so this is what we hear."

"We have talked to the drivers, who don't have much to say other than the car is programmed and they're just doing their job," King says.

"There are fleets of them driving through the neighborhood regularly," says Lewin. "And it's been going on for six, eight weeks, maybe more."

Much of the commentary I saw on this was people acting like it was some weird mystery, why would the cars glitch out like this. And an anonymous Waymo PR flack shat out some meaningless verbal diarrhea that amounted to "what we are doing is not technically illegal so you can't stop us."

But it's obvious what's happening here. Someone found a bug where these cars weren't negotiating u-turns properly, maybe even on this very street. So they added this street to the test suite, and they're going to run it again, and again, and again, until they get it right. Which is a completely normal way of debugging things when it's code on your own computer -- but is sociopathic when it's a two-ton killing machine on public streets, non-consensually involving real live humans into your process of debugging your buggy-ass software.

But here's something that might really bake your noodle. What if they aren't actually debugging code? What if this is not an edit-compile-deploy-test cycle at all. What if instead they're just training the network? What if their process is simply, "if we drive cars down this dead-end road ten thousand times, and they don't crash, we're just going to bake all of those runs into the network and call that whole 'u-turn' problem solved."

We're all going to fucking die, is what I'm getting at.

tante
reply
The idea that autonomous cars on the roads aren't being "tested" but "trained" is scary at best. People will die because Elon Musk wants to sell magic tech.
Berlin/Germany

Nezchan
This isn't Musk's tech. Whatever his personal faults (and there are many) the tech Tesla uses is much more robust than what Waymo is doing, which involves training street by street in a rote fashion. Which is basically rote training of their vehicles' AIs that doesn't take into account changing conditions, construction, etc.

awilchak
reply
oh my god this is so fucking stupid
Brooklyn, New York

skorgu
fwiw, waymo says the combination of disallowed turns and no-traffic streets. It's definitely a silly pathfinding but no sillier than any other GPS making an 'efficient' route that looks dumb from the outside (IMO).

Saturday Morning Breakfast Cereal - Which by tech@thehiveworks.com
Tuesday October 12th, 2021 at 12:55 AM

Conan is having a hard time being off the air
Bend, Oregon 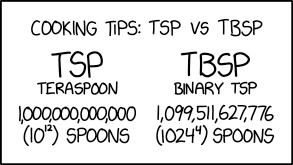 jlvanderzwan
reply
There's also "TiSP" but nobody uses that

At long last, making 1/10th of a recipe will be possible without needing to use a calculator
Silicon Valley, CA 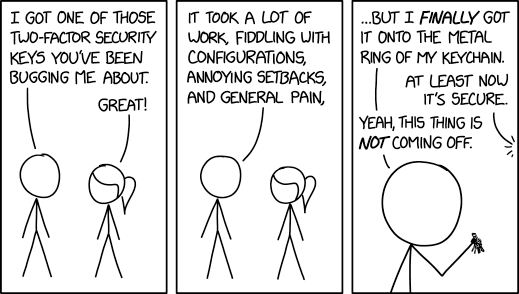 Kaligule
reply
What happened to you, alt_text_bot? Why was this your last comment?

The bruises on my fingertips are my proof of work. 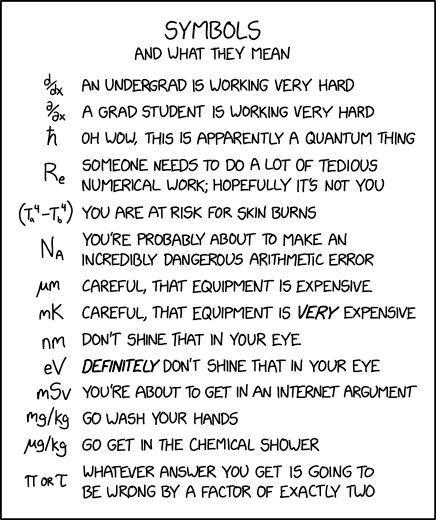 > eV - *definitely* don't shine that in your eye

"röntgen" and "rem" are 20th-century physics terms that mean "no trespassing."
Next Page of Stories